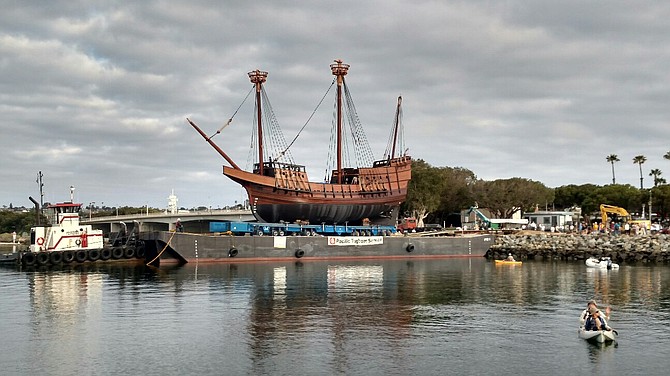 The replica was constructed at San Diego’s Spanish Landing Park as part of a $6 million, donor-funded project that began in 2011, with work done primarily by the museum and approximately 500 local volunteers.

The San Salvador will remain at the yard until its debut on Labor Day weekend at the Port of San Diego’s 2015 Festival of Sail, hosted by the Maritime Museum.

The original San Salvador brought Cabrillo to what is now known as Point Loma in 1542. It is believed to be the first European ship to explore the Pacific coast of what later became the United States.

Following a sail up the California coast, the San Salvador will eventually join the North Embarcadero waterfront museum’s fleet of existing historic vessels, which includes the world’s oldest active ship, the Star of India.