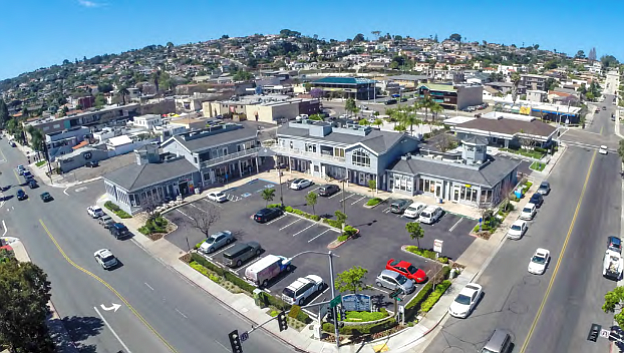 The center was built in 1990 by Union Bank of California, which still operates an adjacent branch office. Center tenants include Edward Jones, Postal Annex, Subway and several locally based businesses.