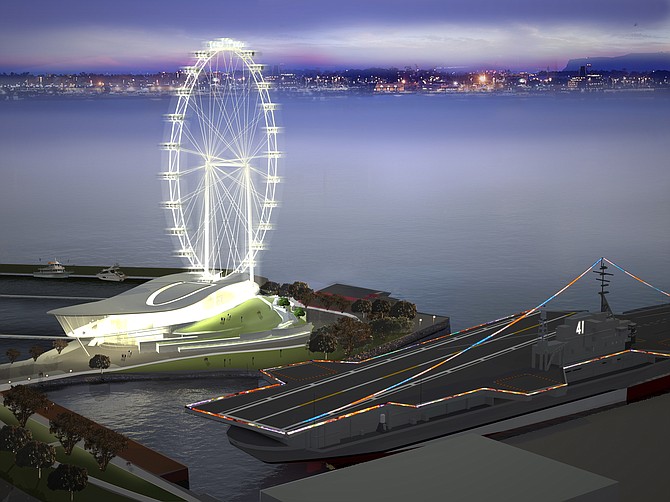 The Port of San Diego’s Board of Port Commissioners is expected on Feb. 10 to discuss developer proposals to build a Ferris wheel near the USS Midway Museum in downtown San Diego, according to a port spokeswoman.

Full details were not immediately available, and the port district agenda and supporting data have not been published. U-T San Diego reported that one of three projects being floated would include a 400-foot Ferris wheel with a light show and museum exhibits.

The $200 million waterfront project would be built at G Street Mole, just south of the Midway museum on the North Embarcadero. That project, called Skywheel at Discovery Point, has been proposed by local developers Charles Black and David Malmuth, in partnership with SeaWorld Entertainment.

Two other similar proposals have been put forth by Allegis Development, headed by Kip Howard, and Chance American Wheels, the U-T reported. A fourth proposal, by Bruce Denham of San Diego Bay Adventures, has been withdrawn.