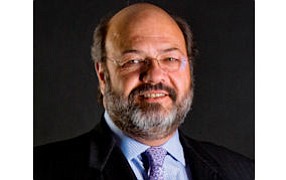 Alex Lukianov has resigned as chief executive officer and chairman of the board at NuVasive, Inc. for reportedly violating company policies regarding expense reimbursements and personnel.

The medical device company announced that Greg Lucier, a member of its board of directors since 2013, has been appointed to serve as chairman of the board and interim chief executive officer.

In a news release posted on the company's website, Jack R. Blair, the lead independent director of the NuVasive board, said the “results of an independent investigation overseen by the Board of Directors revealed that Alex had not complied with certain of the Company’s expense reimbursement and personnel policies. Although the amounts involved appear to be immaterial to the Company’s financial results, his actions in this regard were not representative of the high standards by which NuVasive operates. We believe this leadership transition is appropriate and in the best interests of the Company and all of our stakeholders. We appreciate the positive contributions Alex has made to the Company and wish him well in his future endeavors.”

Mr. Blair continued, “As a director since 2013, Greg has gained a solid understanding of NuVasive’s strategy, business and priorities moving forward. As the former Chairman and CEO of Life Technologies and a General Electric executive before that, Greg also brings extensive experience in growing companies into globally competitive organizations, particularly within the healthcare and biotechnology markets. Together with our dedicated senior management team, we are confident that Greg’s leadership will ensure a smooth transition.”

Mr. Lucier said, “I look forward to working with the NuVasive Board and management team in this expanded role. I have great confidence in the Company’s senior management team, strategic direction and opportunities that lie ahead. NuVasive benefits from an experienced team, which shares a commitment to improving patient outcomes by providing our surgeon customers with the most innovative procedural offerings. The Company’s strengths have enabled NuVasive to become the #3 player in the global spine market. Going forward, we will remain focused on market share-taking strategies that have been responsible for driving double-digit revenue growth.”