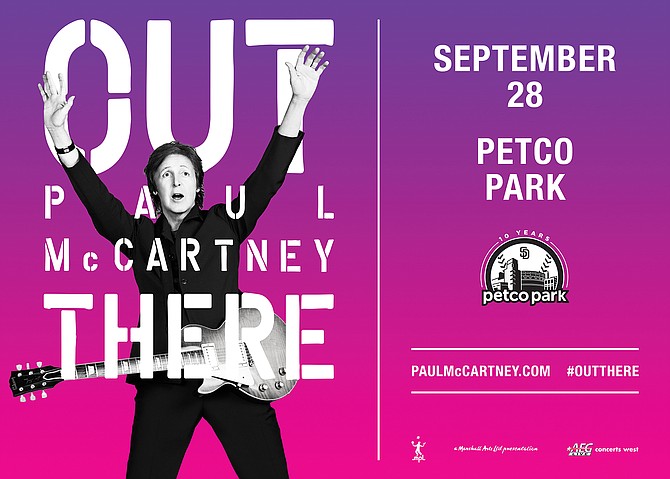 Petco Park will host a concert by Sir Paul McCartney, half of the surviving Beatles, on Sept. 28 as part of his Out There tour, the San Diego Padres announced.

Padres President Mike Dee said the team couldn’t have thought of a better way to celebrate Petco’s 10th anniversary than with a show by McCartney, who last made an appearance in San Diego in 1976 with his band Wings.

The Beatles made their only concert appearance here in 1965 at Balboa Stadium. Ticket prices for that show ranged from $3.50 to $5.50.

Petco Park, which opened in 2004, has hosted several major musical acts in the past, including the Rolling Stones in 2005, and Madonna in 2008.