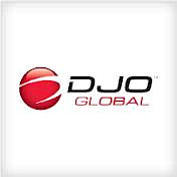 DJO Global Inc., the Vista-based maker of orthopedic devices, reported a 2013 fourth quarter net loss of $132 million, compared with a net loss of $47 million for the like quarter of 2012.

Explaining its net losses, DJO reported it took noncash losses of $107 million attributed to impairment of goodwill, and depreciation and amortization losses of $129 million for the year.

The company said 2013 earnings before income taxes, depreciation and amortization were $264.2 million, compared with EBITDA of $271 million for 2012.