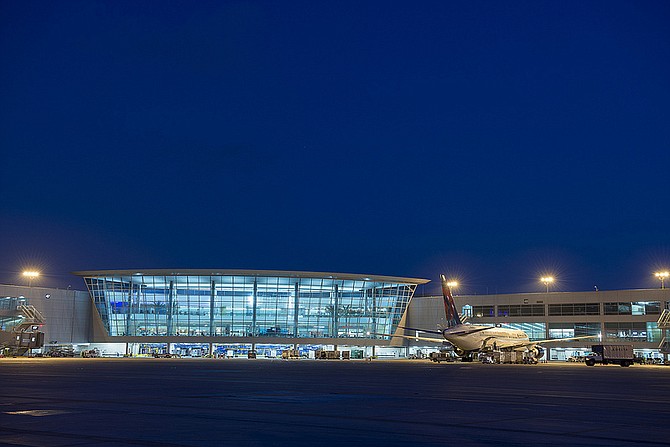 The Platinum designation was awarded for the terminal portion of the Green Build, including a 460,000-square-foot expansion of Terminal 2 West and 1.3 million square feet of new aircraft apron and taxiway areas. The design-build contractor for the project was a joint venture of Turner Construction Co., PCL Construction and Flatiron Construction Corp.

Sustainable elements of the project included use of on-site solar panels, low-flow water fixtures, drought-tolerant landscaping, floor-to-ceiling windows and other features making use of natural light. More than 95 percent of construction material waste, about 54,000 tons, was recycled or reused on site during construction.

Airport officials said LEED Gold certification was achieved for the portion of the Green Build that included the terminal’s new dual-level roadway, curbside check-in and USO building. The design-build contractor for that portion was a joint venture of Kiewit Corp. and Sundt Companies Inc.

Officials said the overall Green Build was completed on time and approximately $45 million under its initial budget.