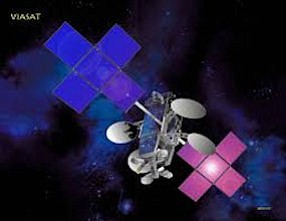 ViaSat Inc., the Carlsbad maker of satellite equipment and provider of Internet services, reported fiscal 2014 second quarter net income of $1.9 million, compared with a net loss of $7.9 million for the like quarter of last year.

Revenue for the quarter that ended Oct. 4 hit a record $353.9 million, up 25 percent from the like quarter of last year.

Revenue in the first half reached $675 million, up 29 percent from the prior fiscal year’s first half.

CEO Mark Dankberg said the strong results came from continued steady growth of its Exede Internet service supplied through its own satellite, as well as every other business segment.

“New order flow this quarter was solid and helps sustain an exciting blend of current and emerging products and services,” Dankberg said.