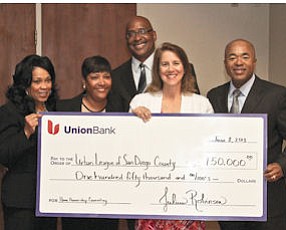 Joan and Irwin Jacobs are committing to a $10 million matching gift for the San Diego Public Library Foundation in an effort to encourage new donors to join current donors in financially supporting the new San Diego Central Library in downtown San Diego...