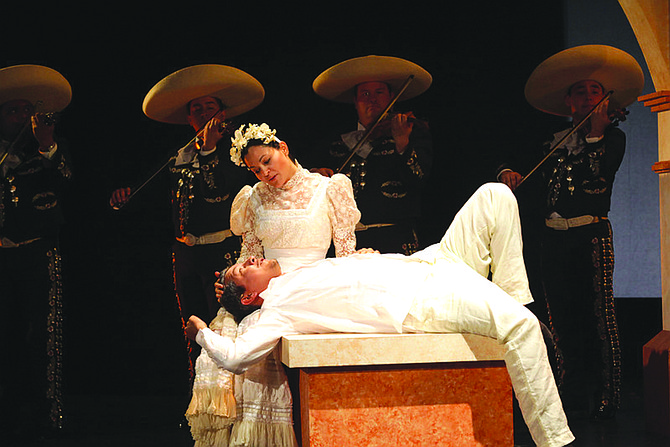 We have been compared to the Smithsonian. We give Broadway a run for its money at Tony Award time. We lure top musical talent from the San Diego Symphony’s Jahja Ling to opera’s grand diva Beverly Sills with her farewell performance. And, we create world-class exhibitions that reach a global audience and inspire people in cities from Berlin to Sidney. San Diego has emerged as one of the most dynamic, culturally-rich regions in the country, supporting a thriving industry of arts, culture and entertainment that has become a source of jobs, revenue, and opportunities for economic growth.

According to a recent economic impact study* the nonprofit arts and culture sector generates $579.4 million in annual economic activity in the City of San Diego – supporting 17,817 full-time equivalent jobs and generating $61.1million in local and state government revenues. Those figures are enhanced by another $341 million in event-related spending by audiences (excluding the cost of admission) who also dine in local restaurants, pay for parking, buy gifts and souvenirs, and even pay a babysitter.

Then there are the visitors who come to our city for unique experiences from festivals to theater premieres, adding more to local coffers with spending on hotels, transportation and meals in a lucrative segment of the travel industry dubbed Cultural Tourism. The City of San Diego Commission for Arts and Culture and the San Diego Convention and Visitors Bureau were at the forefront of the development of the concept in the United States, hosting the first conference for industry leaders in 1998. The commission reports that the arts attracted two million visitors who contributed $170 million to San Diego’s economy in fiscal year 2011. Its statistics also show that out-of-town guests who come for arts events stay an average of two days longer and spend more than the average visitor. This fall, the City Council approved a five-year plan dubbed Penny for the Arts, generating increased funds from TOT (transient occupancy taxes) which will more than double the Commission’s budget by 2017 to continue their efforts in funding cultural tourism promotions, arts and arts education programs, special events, deferred maintenance on arts facilities and public art.

San Diego excels in performing arts of every conceivable type. The city’s live theater, bookended by The Old Globe and La Jolla Playhouse, inspires a constant stream of world premieres and original productions that have been financial as well as critical successes. San Diego has sent nearly 40 shows to Broadway. The Old Globe, built in 1935 for the presentation of abridged versions of Shakespeare’s plays as part of the California Pacific International Exposition, boasts a proud lineage of shows including Dirty Rotten Scoundrels, nominated for 11 Tony Awards in 2005, and the 2000 production of The Full Monty which garnered 10 Tony Award nominations. Founded in 1947 by Gregory Peck, Dorothy McGuire and Mel Ferrer, then revived in 1983, the La Jolla Playhouse’s innovative productions have included 70 world premieres, 40 commissions and 38 American or West Coast premieres, that have merited more than 300 major honors with lucrative and successful productions from The Who’s Tommy to Jersey Boys.

Showcasing San Diego to an international market, the San Diego Symphony is literally taking its show on the road and marking its 102-year anniversary with a tour to China, the first time the orchestra has toured outside North America. The China concerts immediately follow the orchestra’s first performance in New York’s famed Carnegie Hall. Rivaling the symphony’s success is the San Diego Opera, a widely respected member of the international opera community. Their North American Voices Project, instituted in 1993, has become a model for opera companies throughout the United States, adding contemporary American operas to complement the traditional repertoire each season. Another San Diego mainstay, Mainly Mozart, in its 25th season, produces the largest Spring music festival in the region, the Mainly Mozart Festival, as well as a winter season, both hosting sell-out shows using a myriad of San Diego’s eclectic venues from the restored downtown Balboa Theatre to The Scripps Research Institute to The Crosby Estates in Rancho Santa Fe.

Smithsonian of the West

Balboa Park boasts the largest collection of museums in one geographic location outside the Smithsonian complex in Washington D.C. Currently, the park hosts about 10 million visitors a year, 60 percent of whom visit the San Diego Zoo and 40 percent the balance of the park. From the Museum of Art with its vast permanent collection to the Reuben H. Fleet Science Center, home of the world’s first IMAX Dome theater, the park’s institutions are a major stream of revenue from day visitors, members and docents, to thousands of school children in customized educational outreach programs. With the park’s Centennial rapidly approaching in 2015, committees are scrambling to put a comprehensive plan in place to showcase the entire city and generate a record amount of spending from locals and visitors alike.

San Diego’s cultural traditions take root in its military and seafaring orientation which translates into global exposure for the city as well as revenue. Berthed in San Diego Bay are a collection of ships that draw international interest.

The USS Midway Museum, with more than one million visitors, has had a unique impact, becoming a platform on which San Diego has been showcased repeatedly to national and international audiences. From American Idol, PBS, History Channel, Travel Channel, National Geographic, NCAA basketball, to last week’s Tim McGraw album debut streaming on Yahoo, plus multiple European and Japanese television shows – all have filmed and broadcast from Midway. It’s estimated that more than 350 million broadcast households have been exposed to San Diego by the aircraft carrier museum. Anchoring the Midway is the Maritime Museum complex that maintains a fleet of one of the world’s finest collections of historic ships, including the world’s oldest active ship the Star of India. In the selected years the Star of India sails, worldwide attention focuses on San Diego.