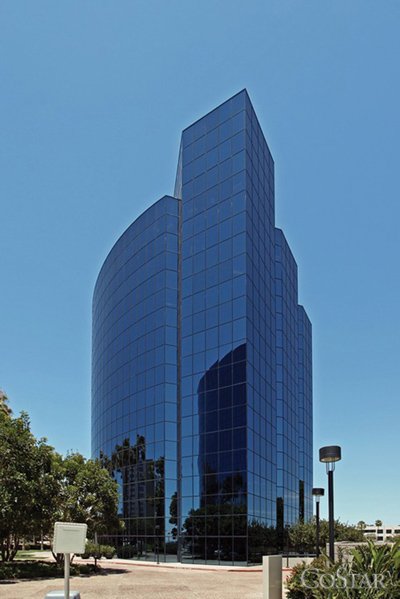 The Irvine Co. plans to add a 15-story high-rise to its La Jolla Centre property in the University Towne Centre area. UTC is where Irvine Co. established its San Diego beachhead in 1982.

Irvine Co. recently marked its 30-year presence in San Diego County by growing its office property portfolio — already the largest in the region — with the latest in a series of high-profile trophy acquisitions.

The Newport Beach-based company paid $52 million for the 13-story Centerside I office tower, located in the same Mission Valley complex as the similar-sized Centerside II that it already owned, taking its local holdings well beyond 7.5 million square feet.

Company representatives said Irvine Co. has more local development and potential acquisitions in the works, as it looks to strengthen its position and diversify its tenant base in markets it already dominates — including University Towne Center and downtown San Diego — and grow its footprint in increasingly popular suburban submarkets.

John Turner, San Diego regional vice president for Irvine Co. Office Properties, said the company is currently in the early design stages for a third tower at its La Jolla Centre complex in UTC. With a possible completion in 2015, the 15-story tower would add 340,000 square feet of space, more than doubling the current total at the complex.

Also at UTC, Irvine is mulling the addition of a new three-story, 60,000-square-foot building at its eight-building Bridge Point campus, although it will be carefully gauging market demand before moving forward full-steam on either project, Turner said.

He said the company will also likely make significant additional investments at Centerside, now that it owns both Mission Valley towers, to boost aesthetics and efficiency and bring the buildings together as one development, possibly with new connecting walkways or pedestrian bridges.

According to its own data, Irvine Co. now directly employs 175 people at its San Diego County properties. Its 61 local office buildings are home to more than 600 tenant businesses with 20,000 employees.

Those tenants include major players such as Qualcomm Inc., Wells Fargo and AT&T. But it is also looking to strengthen its relationships with smaller companies, hosting two local incubators at its buildings rent-free and investing in major office space reconfigurations to attract budding technology firms.

“Despite the fact we are a large company, we’re also a very entrepreneurial company,” Turner said.

Irvine Co. also owns seven local apartment communities with a total of 3,200 units and more than 5,000 residents. The largest include the 923-unit Villas of Renaissance at UTC and the 670-unit Monte Vista Apartment Homes in Mission Valley, with other communities located in UTC, Torrey Hills, Serra Mesa and Carlsbad.

The company’s history dates to the late 1800s, when it was founded in Orange County by James Irvine. It entered the San Diego market in 1982, when it developed the La Jolla Gateway I office building at UTC.

It has since built and acquired several more large office complexes, including UTC’s Eastgate Technology Park, Executive Square and The Plaza, as well as prominent downtown high-rises such as One America Plaza, Wells Fargo Plaza and Symphony Towers.

“Irvine decided early on in San Diego to focus on UTC and downtown, and they became the market makers and the rate setters in those markets,” said Misty Moore, vice president of tenant representation in the San Diego office of brokerage firm Jones Lang LaSalle.

“They’re very good about managing and maintaining their buildings, and proactive about making upgrades before tenants ask them to,” Moore said. “They spend money when nobody else is.”

Because it has historically been well capitalized and low on debt, frequently making its purchases on a cash-only basis, Irvine Co. is able to offer significant tenant incentives and improvements to fill its office buildings when times are tough. Moore said that puts it in a better position to take advantage during times like the present, when the economy is improving and space is becoming scarcer in its prime Class A locations.

Among several indicators that this strategy works, she said, is that asking rents for remaining spaces have risen about 20 percent at Irvine’s The Plaza at UTC during the past year.

Looking at the Long Term

Gary London, president of San Diego-based The London Group Realty Advisors, noted that Irvine’s private status allows it to stand by a long-haul investing strategy, spearheaded by Chairman and CEO Donald Bren, avoiding pressures that others might face from outside stakeholders for fast returns.

“They have a very long-term investment approach, and they are willing to pay what is by contemporary standards a premium price to get those properties that are in the best locations,” London said.

Kris Michell, president and CEO of Downtown San Diego Partnership, a nonprofit economic development group, said Irvine’s donation of the entire second floor of 101 W. Broadway for a recently opened technology incubator, the second local space it has supplied for free to CommNexus’ EvoNexus program, could prove key to diversifying the downtown economy in coming years.

“This incubator will bring the creative working class to our urban core and foster the growth of the next generation of entrepreneurs,” Michell said.

Irvine Co. has recently been adding to its office presence in tech-heavy Silicon Valley, and Turner said it will continue to build locally and statewide on its relationships with companies in developing industries that are seeing rising demand for office space.

“We have been focused on all of the high-tech hubs of California, including San Diego,” Turner said.