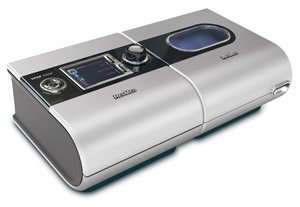 The S9 flow generators are the quietest on the market, have a sleek design and user-friendly interface and superior humidification with climate control, ResMed says. Photo by Photo courtesy of ResMed

It’s enough to keep a CEO awake at night gasping for air...