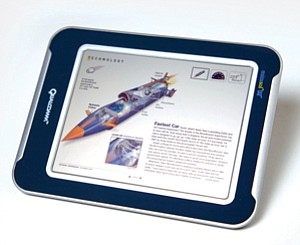 Developments in Mirasol display technology could be a source of growth for Qualcomm in the coming years.

No. of local employees: Declined to state. However, in response to a San Diego Business Journal Book of Lists survey last year, a company official put Qualcomm’s local full-time employment at 11,847 as of Aug. 1.

Cellular phones were priced at $1,395 and the Internet was off-limits to the public when Qualcomm Inc...