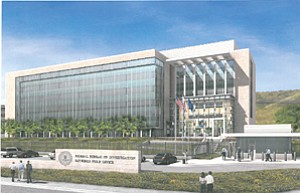 Among the largest leasing transactions of the first quarter was the FBI’s agreement to lease more than 248,000 square feet of space in a new $100 million field office in Sorrento Mesa. Construction on the office will begin later this year by a subsidiary of Las Vegas-based Molasky Group of Cos. The federal government will lease it at a cost of $223.4 million over 20 years, according to the General Services Administration.